»The Rest Is A Gift« 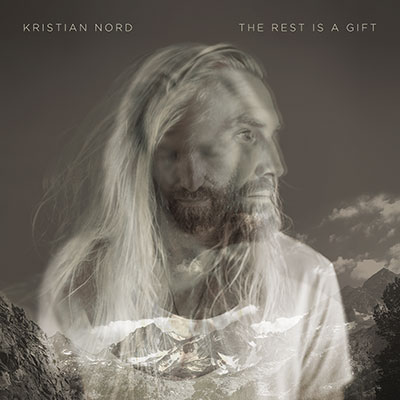 »The Rest Is A Gift«
Album 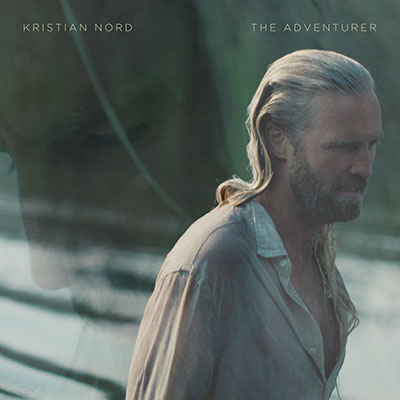 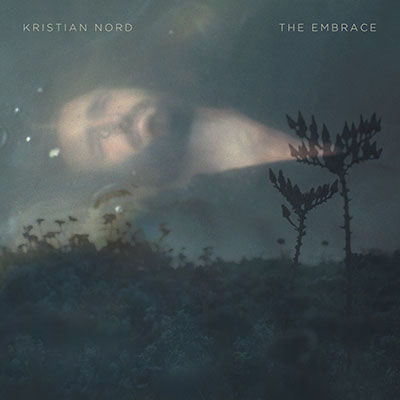 »Nobody Ever Really Dies« 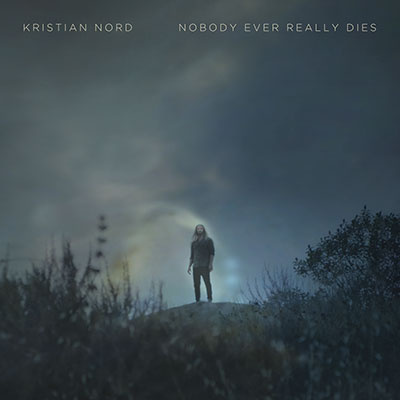 »Nobody Ever Really Dies«
Single 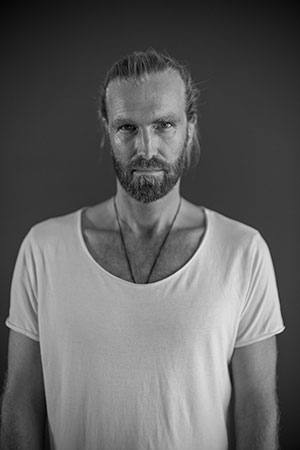 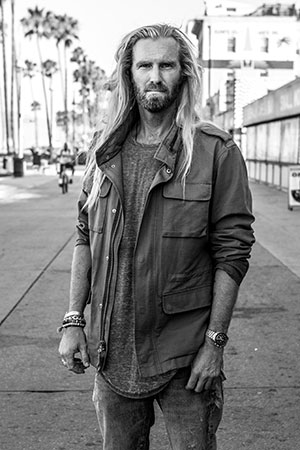 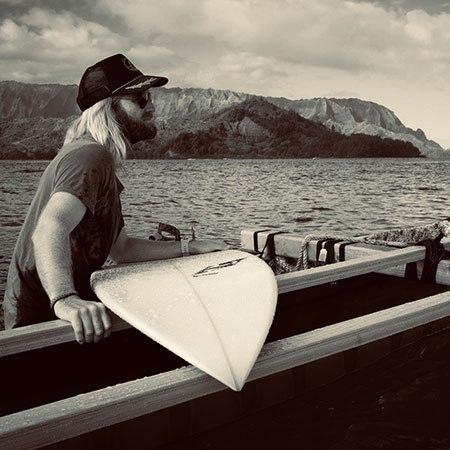 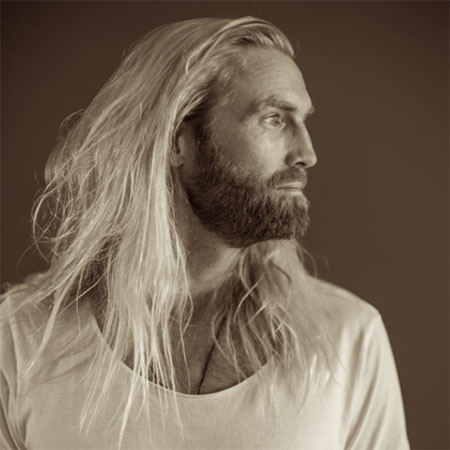 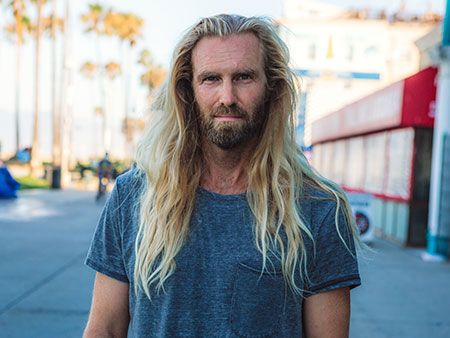 Music is salvation. Music can close gaps and build bridges. Music, essentially, can be a sanctuary. According to Kristian Nord, music can even be a superpower of epic Marvel proportions. “Music makes you feel immediately, like no other form of communication,” he states. “You hear one single note and get goosebumps all over your body, and one chorus of a song can have 1000 times more emotional impact than a two hour speech.” It’s no wonder that the composer and musician is now retreating to this sanctuary to cope with loss. His fist solo album “The Rest is a Gift” – an electro-orchestral hybrid of pure beauty, is dedicated to his late father who died when he was Nord’s age. And the lead single “The Adventurer”, a crystalline, sun-drenched, soul-searching paragon of beauty, is reminiscing his father with bittersweet yet hopeful and soothing sounds.

Kristian Nord is one of those artists who fell in love with music before everything else. For a long time, he worked as a musician, composer, producer and everything in-between in Hamburg. Then, 15 years ago, something called him. Nobody knows whether it was the sound of music or the call of the waves that lured the passionate surfer away from Northern Germany to California’s sun-drenched Pacific coast. Here, in Venice Beach, he has long found a second home. “To me, Venice Beach is still the hippie town it was 15 years ago when I arrived here. There is still this underlying free spirit. To me and my friends, Venice is the place where you can live out your personal dreams. Plus,” he adds, “it is pretty much the only place in the world where I can have a beach lifestyle and work in music on a certain level.”

His first session in his new home was with The Doors drummer John Densmore – not the worst way to start a new chapter. And yet, it was only the beginning for Nord, the first pebble that started rolling. Alongside with his partner in crime, a second Hamburg expat named Malte Hagemeister, Nord is living his very own American dream under the California sun: They are a part of internationally renowned indie band The Great Escape, they are working on humanitarian causes, they produce aspiring artists and create momentous image films for some of the world’s strongest brands. Records he has been working on sold millions of copies and he is a member of the Grammy jury.

Enough for one life, right? Not for Kristian Nord. Next to all these projects and bands, to all these endless hours surfing the Pacific, he also wrote a solo record. This, however, is a far cry from the wild roar of his furious indie rock troupe: “The Rest is a Gift” is an inward look, is all intimacy, catharsis and an attempt to cope with tragedy. He wrote it for his father who died at the age of 42. It’s precisely the age Kristian Nord has reached now, turning this record into a monument to the father Nord lost when he was ten. “To do a solo album was not a career decision,” he states. “It was an urge from deep down. Turning as old as he was when he died was an important point in my life and I wanted to honor it, I wanted to put a stake in the ground and create something lasting.”

The first single “The Adventurer” is a first glimpse into this deeply personal album, a sparkling, bittersweet, nostalgic piece of music. Every second seems precious, wants to be savored by composer and listener alike. This is purely emotional neo-classical music, with melodies scurrying over the crests of the ocean’s waves, ever striving for the distant horizon. “A couple of years back I was working on establishing a new relationship with my father. This soul search also included a journey to Germany where I visited a few close friends of my dad to get closer to him again,” he explains the motivation behind this song. “I wanted to get to know him as a grown-up since I was so young when you died. What I found was this incredibly lively, non-conformist adventurer. Always ready to explore new worlds and new people. Who was full of ideas. He helped so many people selflessly and brought joy to their lives. This song is about him, about a man who was heart driven and full of surprises.”

This first teaser, full of melancholy but not devoid of hope, is not the only song on the album recounting the tales of his father. Of a man who always followed his heart. “Yet, this song especially helped me to see him as a friend, eye to eye. Since I wrote this song, in my mind I take him on every journey and show him my world.” One of these journey also made it onto the cover of his solo effort, picturing Nord in awe before a mountain ridge. “I wish he could’ve been there to enjoy the view with me,” he softly says. But in a way, he’s is. Thanks to “The Adventurer”, a song for someone who set forth to sample the fruits of life.

There it is again, this superpower called music. It can move mountains, even those in California, it can get us close to the people we lost on our journey. For the first time in years, Nord facing this musical task alone. He had to: After a pretty severe surfing injury, Nord began to re-evaluate his life, quickly realizing he had not yet overcome the trauma of his dad’s death. He started getting into spirituality, and self-growth, using his music to get through it all. “With my music, I would like to encourage people to take the extra step, get out of the comfort zone, go deep inside themselves to find their true purpose. This way you can really start living, even if it means to feel uncomfortable, sad or awkward at times. It’s not the easy way,” he says, “but it’s worth it!”

His music is a journey. What may sound like a cliché at first is indeed inherent to his work: A journey he’s taking alongside his father, reminding us how precious life really is. This is why he named this album “The Rest is a Gift”: “Now the time begins that he never had. It’s about living it to the fullest. Living the beauty, living the highs and the happiness, but also fully living the sadness, the lows and the pain.” Only an artist living life like this is able to create pure and truthful music. Only a surfer living life to the fullest is able to fearlessly commit himself to the Pacific Ocean and the surf, becoming one with the elements, come what may...